Saudi Arabia is a significant country because it is considered the heart of Islam, the home of two important mosques in the world, and an eminent destination for millions of pilgrims.

If you are Muslim, then Mecca and Medina are such glorious and fascinating sites you can visit. Riyadh, a modern city in Saudi Arabia, is a city of mixed people.

Like most Muslim countries, Saudi Arabia has five prayers a day, and in respect of prayer, almost all shops and cafés are closed. Travel guides from any part of the world must include a tour of Saudi Arabia.

The best time to visit Saudi Arabia is during the winter season, from October to February and early March.

Like the Asir Mountains, mountains in the southwestern part of the country are not suitable to visit in winter because of too much fog. You should see these mountains in early November or late March.

Summer is so hot and stuffy with high temperatures in June and September. When you visit Mecca and Medina during this time, you must use umbrellas, shades, and sun-blocks to protect yourself from the scorching heat.

The official language of Saudi Arabia is “Arabic,” while in western regions of the country, the most spoken language is Hijazi. The ruler Bedouin and cities like Jeddah, Mecca, Medina both speak this language.

Banks and ATM facilities are available everywhere in the country, and tourists and visitors can approach it efficiently. So, while visiting the souks or hotels, use Saudi Riyals.

The most common bank of Saudi Arabia is the “Al Rajhi Bank.” It has the largest network of bank branches and ATMs in the country.

Saudi Arabia is a safe country with strict rules and regulations. But you must be aware of pickpockets. Bring cash with you to use in shopping malls and restaurants. You should check all safety measures while packing your bag or when visiting your destination.

Take care of your passport and other documents during traveling. Take your necessary things with you, such as lotions, sun-blocks, and face wash to beat the hot weather of Saudi Arabia. 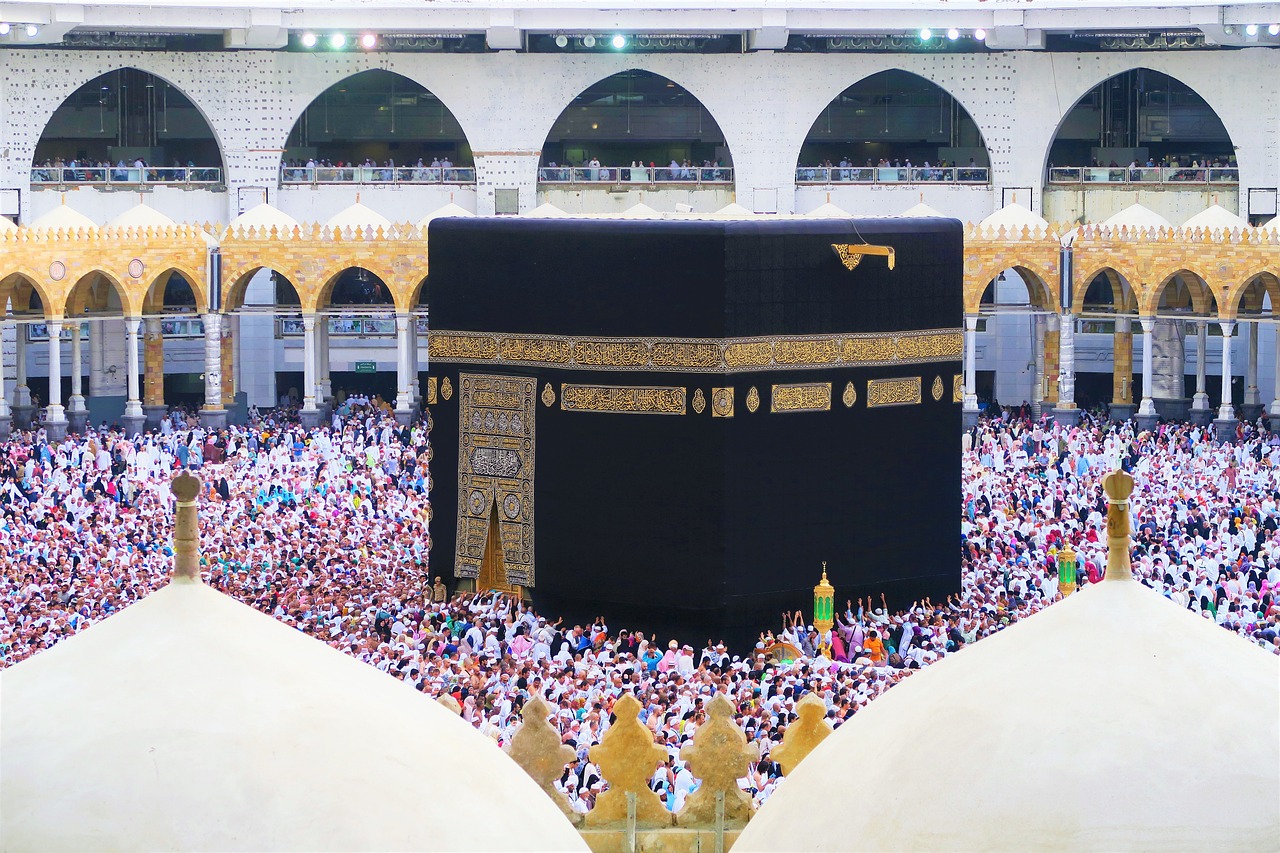 Kabah sometimes referred to as al-Kaʿbah al-Musharrafah, is situated in the most important mosque of Islam named “Masjid al-Haram” in Mecca. Muslims believe that Kabah has been built and rebuilt throughout history, most prominently by Prophet “Ibrahim” and his son “Ismael.”

The most sacred place for Muslims is Kabah. Where millions of pilgrims come and perform Hajj and Umrah’s obligation. People walk around the Kabah seven times, and this area is known as Mataf.

Kabah is the most beautiful and captivating place in the world. 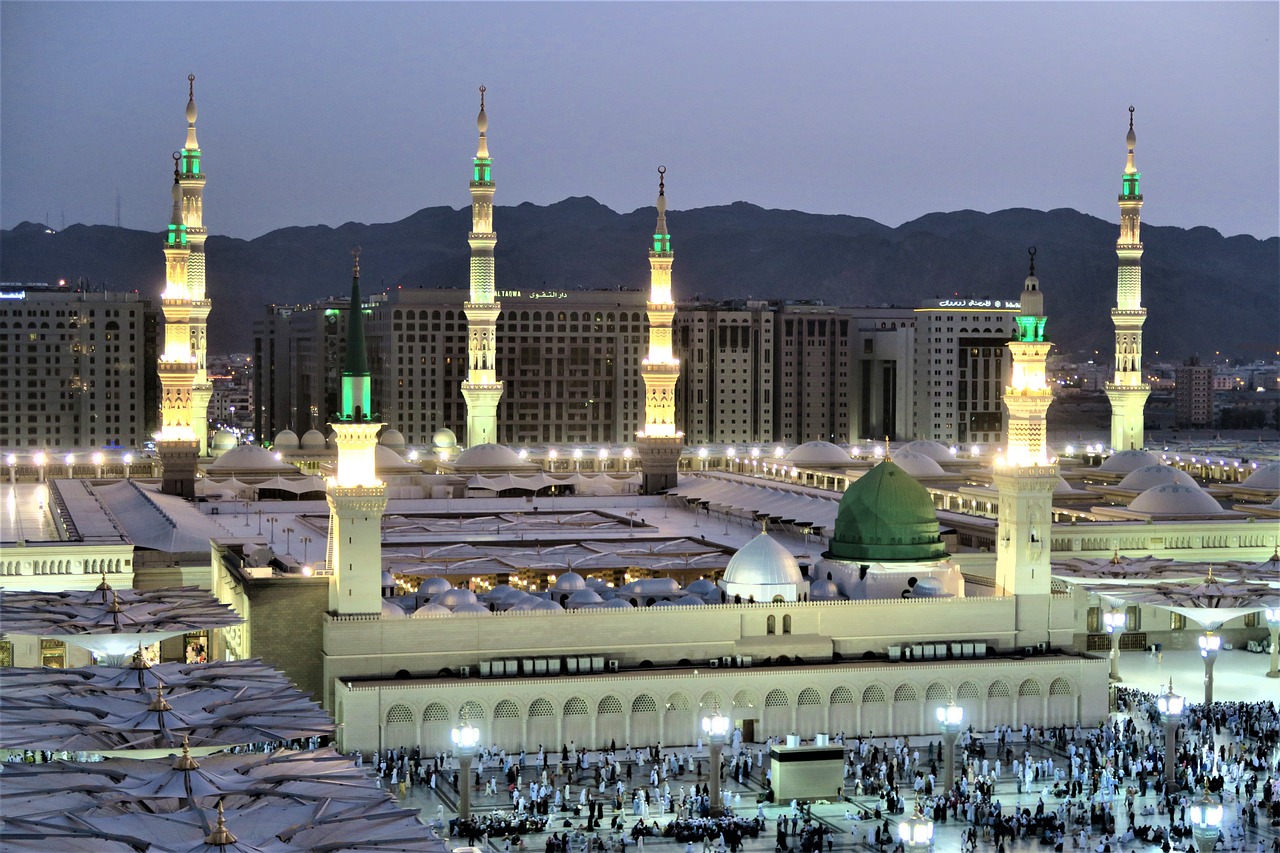 This mosque is known as “The Prophet’s Mosque” and Al Haram Al Madni by the country’s authorities. The last prophet of Islam, Muhammad (PBUH), built this mosque. After many increments of different ages, this mosque is now one of the largest mosques in the world.

This mosque also served as a religious school, a community center, and a court of law. The mosque is beautifully constructed, including a prominent dome in green color and minars in white color.

The visitors are often mesmerized by the beautifully decorated mosque. 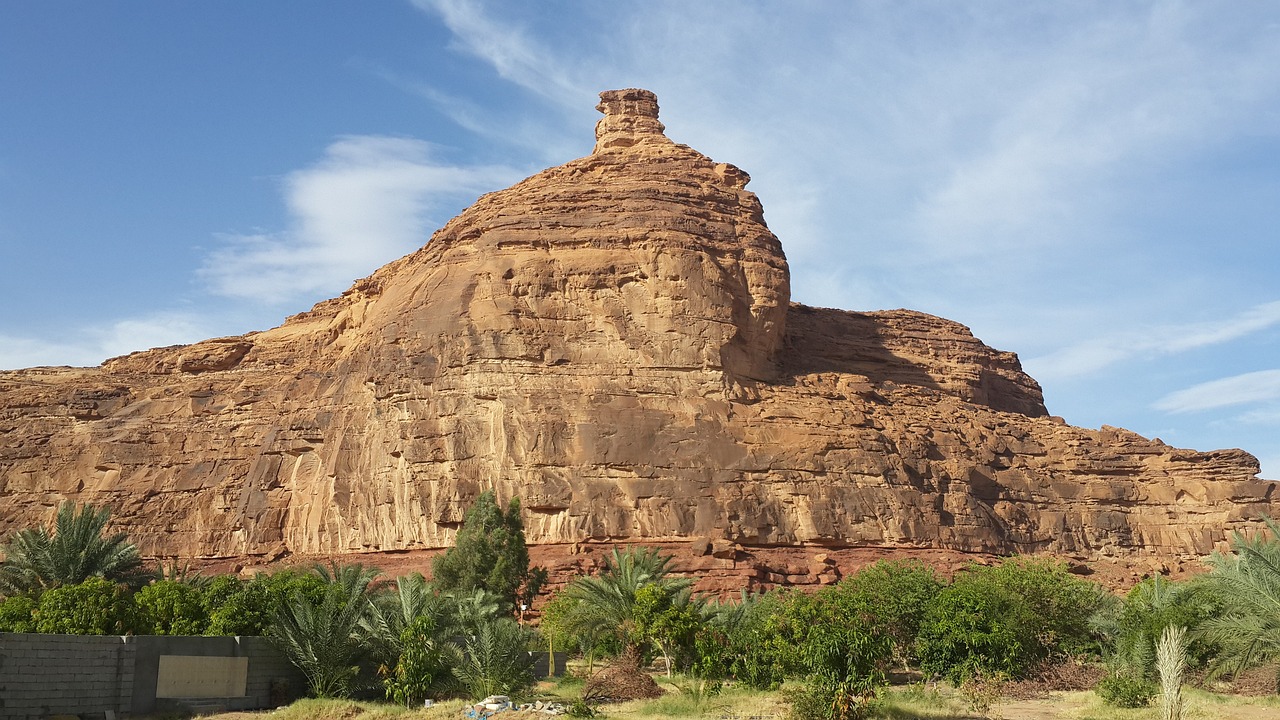 Al-Ula is an exceptional ancient spot, which was once the scene of flourishing trade and commercial travels.

The center of the country, having many enthralling spots for tourists, such as a lion’s tomb, an architecture spot, maraya, a beguiling spot, Hegra, an engaging piece of art, and the Hijaz railway station.

Jabal AlFil is an excellent rock shape of an elephant, which enthrall tourists from all over the world. Jabal ithlib is one of the best refreshment spots for tourists.

The Museum of Al Ula is another exciting destination that enables tourists to explore the history, culture, and traditions of Saudi Arabia.

Tourists will appreciate this breathtaking region. When looking at it, the first thing that comes to mind is the heat, desert, and palm trees, but in reality, Jabal al-Lawz gets extreme snow.

Bragging a wide variety of flowers, it is a superb place for hiking. Take in the gushing waterfalls and get amazed by the beauty of this charming spot.

Madain Saleh is an ancient city with a unique history and fascinating architecture. It consists of glorious ruins of many walls, towers, and dwellings.

The city’s importance can easily be seen by how grand it was in the past. The old Ottoman railway and ancients’ tombs are present there, giving out an ethereal feel. 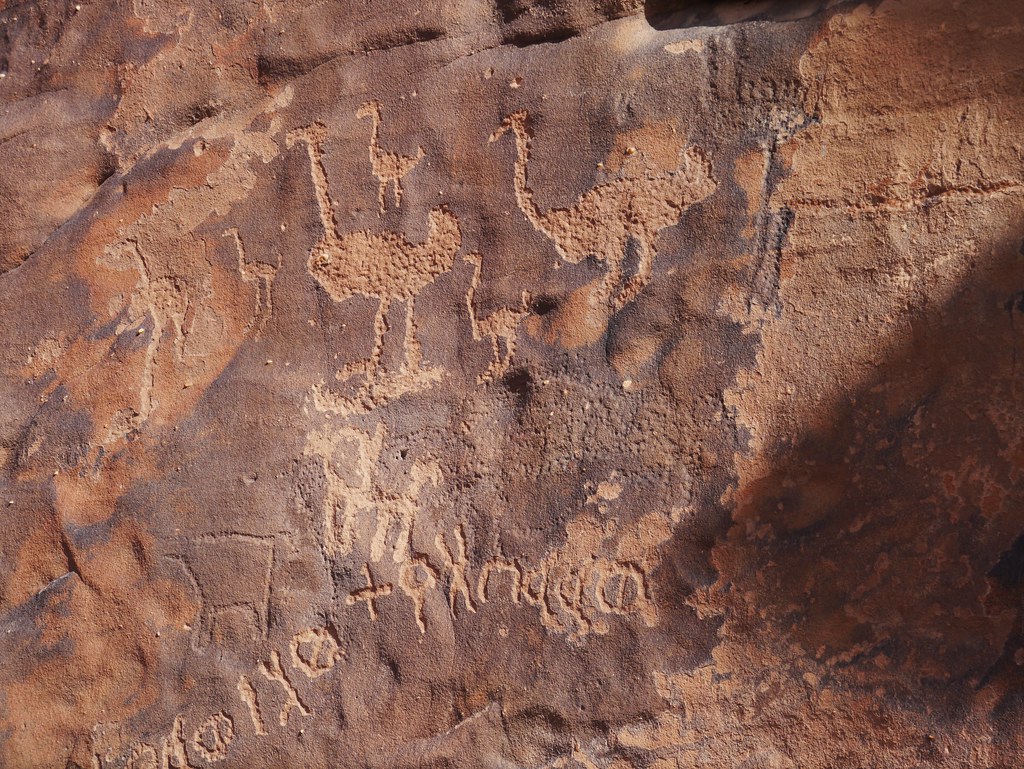 The home of some unbelievable rock sculptures, Shuwaymus offers the ideal chance to be wonderstruck by some fantastic rock art that apprises the story of Saudi Arabia’s past.

The petroglyph portray is found here on these rocks, including ibex, cheetahs, and other cattle. In these displays, they depict many hunting scenes. On many rocks, there is a display of a panel of camels. There is also an impressive 2 meter portray of a lion. 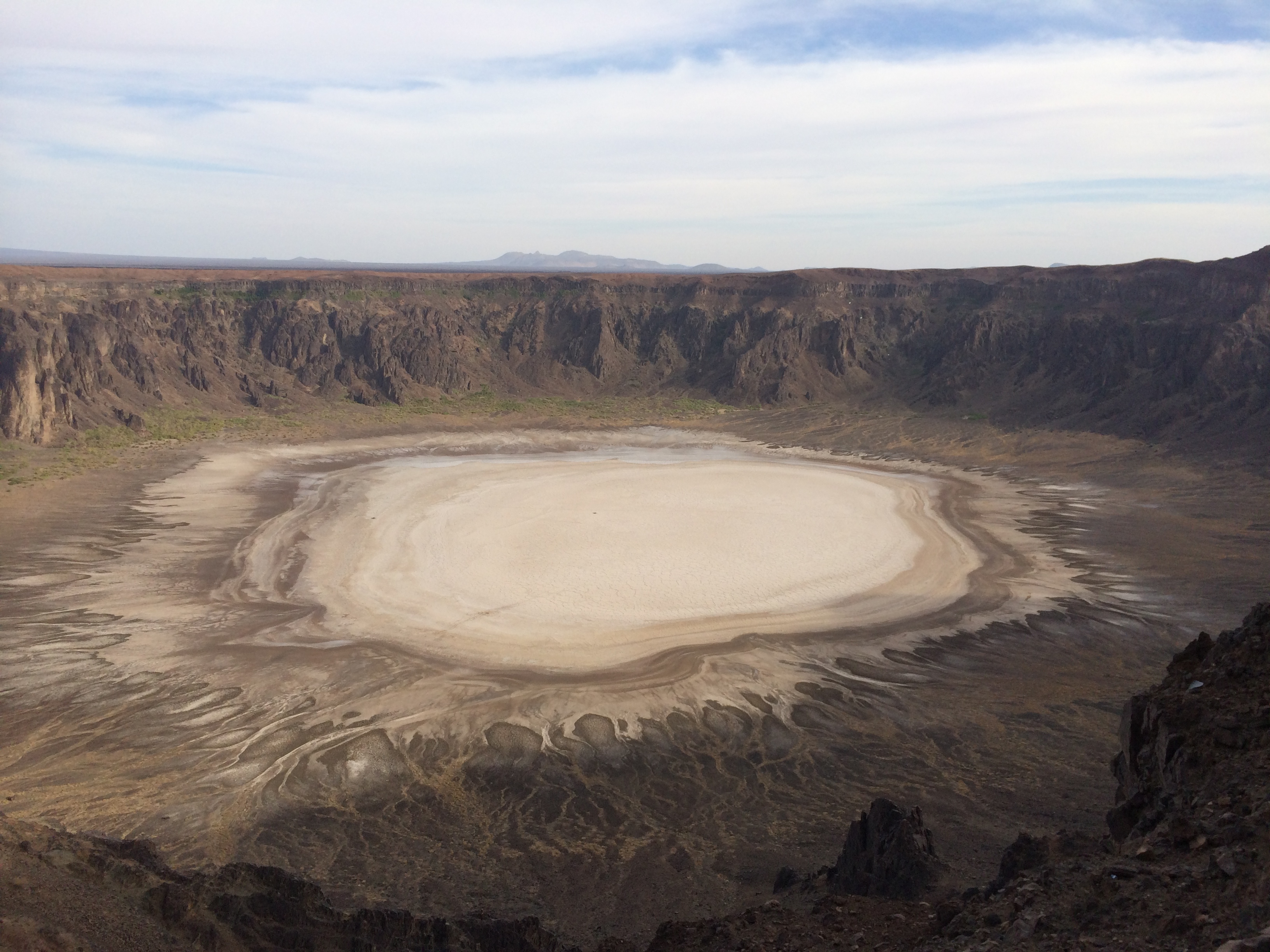 The most substantial natural wonder of Saudi Arabia is “Al Wahba Crater.” There’s a vast hollow around it, and in its center, there is an opaque lake.

The lunar-like scenery offers a near ethereal experience for the tourists who climb it- filled with splendid views from the crater’s rim.

Even though it has glorious views from above, the actual magic happens when you reach the center of the crater. You will find white crystals of sodium phosphate that create a shining crust evident from the sky.

Asir national park proposed a thriving and lush environment. Jabal Soudah is a part of this park, offers a breathtaking scene of mountain ranges. Tourists can spend a worthy evening in National Park.

Extensive fogs cover the mountains most of the time, specifically during the winter season. Active leisure lovers will mainly be there with biking, cable cars, trekking galore, and camping. 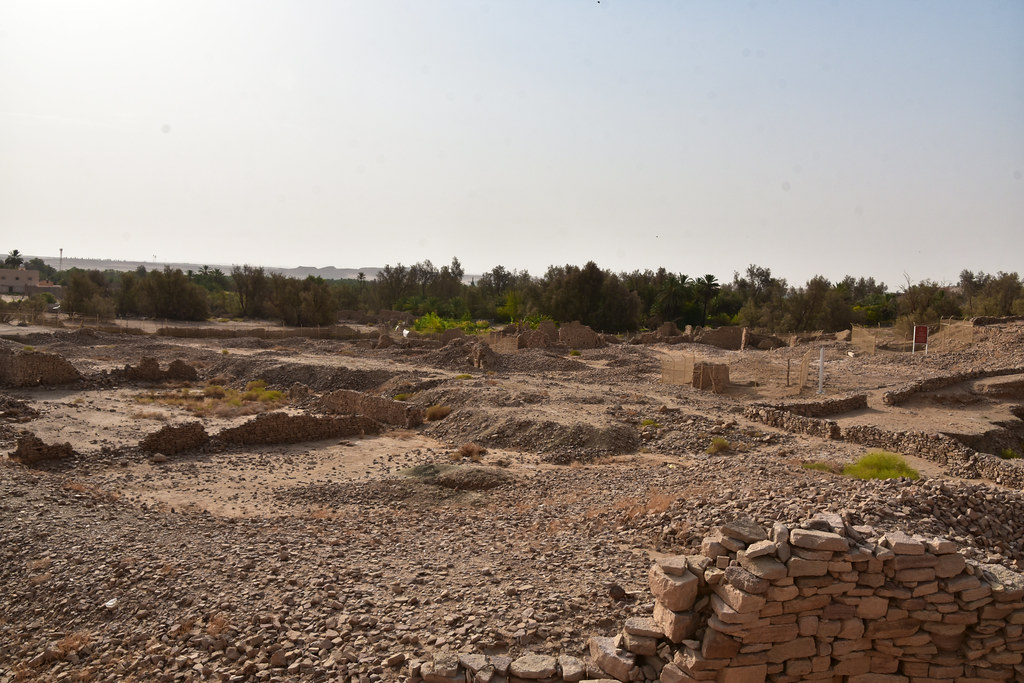 An attractive ancient city soaked in mystery and history showcases some of the best cultures of Saudi Arabia. The Dumat al Jundal lake is a fascinating spot for tourists.

Another most attractive spot of Dumat al Jundal, which captivates the tourists, is “Marid Castle,” an ancient castle that presents the taste and culture of people of the past.

Al Lith is popular because it’s a leading diving destination in the country. The spot is designed beautifully and decorated, surrounded by natural vision.

Al Luth has a rich and colorful variety of fishes, effervescent clear waters, and fascinating wrecks. It is the best place to dive into incredible depths.